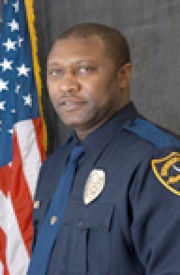 Jacobs was inspired to become a police officer due to his exposure to criminal activity as a child. He joined the department in 1992 and became a homicide detective four years later. As a member of the Birmingham homicide unit, Jacobs appeared with his fellow detectives in the A&E network documentary series The First 48.

As one of two detectives assigned to the Department's "Cold Case" unit in 2005, Jacobs doggedly pursued a conviction in the 2002 murder of fellow officer Jerome Daniels. Jacobs was also credited with solving the 1987 murder of 78-year-old Emmett Ray Owens, who was found beaten to death in a ditch near a Bessemer golf course.

For his work to solve the Daniels case, Jacobs was named "Detective of the Year" by the Birmingham Police Department in 2013.

Jacobs is married and has two children.