This article is about the former restaurant on 21st Street. For the current iteration, see John's City Diner. 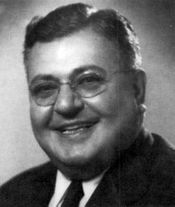 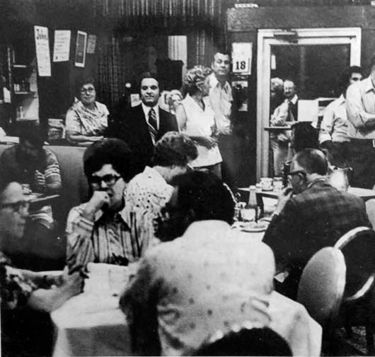 John's was first opened in September 1944 by Greek restaurateur John Proferis at 214 21st Street North. Through most of its history, John's served a meat and three lunch and brought out white tablecloths for dinner. Noted entrees included trout almondine and prime rib served with cornbread sticks and a finely-shredded cabbage salad with a signature-recipe French dressing. The menu proudly noted that "our seafoods are received daily."

The restaurant was remodeled and modernized in 1949 with new dining room fixtures which included coat-hooks on the end of each booth. Proferis closed the restaurant again for remodeling in the summer of 1959, with a grand re-opening held on July 20. The renovation included new kitchen equipment, new dining room furnishings and colorful decor.

Proferis sold the restaurant to his nephew, Phil Hontzas, when he was diagnosed with cancer in 1972. On August 18, 1978 the original cramped John's location closed and Hontzas moved the restaurant to a newly-constructed building, a block south, at 112 21st Street North (now Richard Arrington Jr Boulevard North). The restaurant's original neon sign was repaired and reinstalled at the new location. The larger restaurant still attracted long lines. Over the years Hontzas expanded the capacity of the new location with additional dining rooms upstairs and in adjoining buildings extending to 2nd Avenue North. By the beginning of the 1980s, the 240-seat restaurant typically served from 1,300 to 1,600 individual meals per day, Monday through Saturday.

When he died unexpectedly in 1985 his brothers, George and Jimmy took over the restaurant. Jimmy died a year later, and George continued to operate it with his sons, Tom and Pete.

In 1990 the younger Hontzases began bottling the slaw dressing for retail sale under their Hontzas Brothers Foods label. They sold the restaurant, on March 22, 2004, to Shannon and Shana Gober, who changed the name to "John's City Diner" and revamped the menu and interior decor.