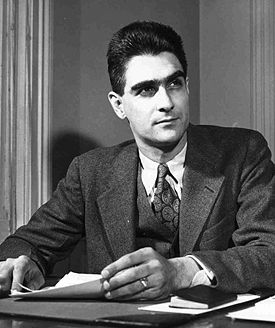 Monro was the son of a chemist and grandson of a Massachusetts mill owner. He attended Phillips Academy at Andover and earned a scholarship to study at Harvard, As a student, he chaired the editorial board Harvard Crimson, but left to found a more socially progressive alternative, the Harvard Journal. The extra work delayed the completion of his degree, which he earned in 1934. After graduating, Monro took a job in the Harvard News Office and wrote for the Boston Transcript.

During World War II, Monro served in the U. S. Navy. He was commissioned a First Lieutenant and was awarded a Bronze Star for his command of damage control parties on the U. S. S. Enterprise. After the war, he was invited to return to Harvard and help create a program to accommodate veterans applying to college on the G. I. Bill. He became director of financial aid and initiated a more systematic method for determining need-based aid packages which expanded nationwide as the College Scholarship Service.

Monro spent 21 years as an instructor and administrator, including nine years as dean of the college. It was his initiative that led to the dismissal of professors Timothy Leary and Richard Alpert in April 1963 for illegally administering hallucinogens to students. He also appointed Harvard's first African-American assistant dean, Archie Epps.

He left in 1967 to teach at Miles College in Fairfield, a move based in his idealistic belief in the potential for smaller institutions to create opportunities for underprivileged students. He had already spent several of his summers teaching at Miles. As a full-time faculty member he overhauled the school's freshman English and social studies curriculum. He also gave UAB's commencement address in August 1972. He left to take a similar position at Tougaloo College near Jackson, Mississippi in the late 1970s.

Monro's wife, Dorothy, died in 1984, leaving two daughters. Monro retired from teaching in 1996 and died in 2002 after a battle with Alzheimer's Disease.