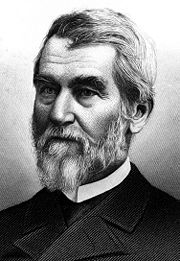 Westbrook was the youngest of 13 children born on a North Carolina plantation and grew up working alongside slaves in his father's fields. He moved with the family to Fayette County, Georgia in 1827. When both of his parents died he planned to leave the farm to seek an education, but instead took the place of his older brothers when they left to fight in the Creek War. He enlisted himself in 1838 and was discharged a year later at the culmination of the Seminole War.

Westbrook was working as a traveling salesman for a clock manufacturer when he moved to Tallapoosa County in 1840 to farm and operate a grist mill and mercantile. He met Elizabeth Ann Lamberth (December 27, 1819-February 7, 1905) there and married her November 25 of that year.

In 1883, after a decade of buying and selling real-estate in the boom town of Birmingham, Westbrook moved to the city and increased his property investments, both in the center of the city and on its edges where he developed coal mines as well as a large limestone bed for industrial uses. He continued to operate his mercantile business and a lime kiln at 1918 1/2 1st Avenue North and served as president of the ill-fated Western Valley Street Railway and on the board of directors for the Birmingham Agricultural Works. He noted to a reporter that he had not slept more than four hours a night as long as he could remember.

Westbrook and his wife had four daughters and one son. He is buried with his wife and one of his daughters at Oak Hill Cemetery. He is the fourth great-grandfather of actress Courteney Cox.