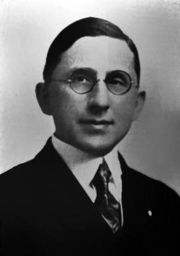 Loveman was the adopted nephew of Adolph and Minnie Weil Loveman. He grew up in Birmingham and attended public schools. He earned his bachelor's degree at Birmingham College. He had begun working in the family business as a stock boy when he was eight years old. After his schooling he returned and worked in the cabinet and finishing rooms of the furniture department, then progressed to salesman and later to buyer of furniture, carpets and rugs.

In 1914 he was elected secretary of the firm and assumed the vice-president's position in 1916. He also served as an officer of the F. W. Mark Construction Company based in Philadelphia, Pennsylvania. While still a vice-president at his family's store, Loveman served a term as president of the Retail Merchant's Association of Alabama. He was also a member of the Phoenix Club and Hillcrest Club, and a charter member of the Kiwanis Club of Birmingham.

Loveman succeeded Moses Joseph as president of the department store in 1923. He soon sold a majority interest in the company to the newly-formed City Stores Company of Philadelphia, Pennsylvania (now CSS, Inc.), but retained control of the Birmingham operation until he retired in 1931. His departure was short-lived, however. He returned in 1932 and oversaw the rebuilding of the downtown store following the massive fire in 1934.

Loveman served on the Birmingham Housing Authority from 1940 to 1949. The Loveman Village housing project in Titusville is named in his honor.

Loveman was succeeded as president by Orville Schanbacher in 1947. He died in February 1951 and is buried at Elmwood Cemetery.