This article is about the 19th century social club. For the present-day philanthropic club, see Phoenix Club of Birmingham. 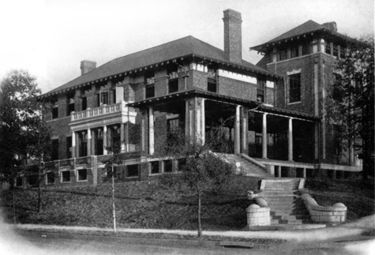 The Phoenix Club of Birmingham, Alabama was a social club for Jewish men of German descent which was organized on April 21, 1883 and, in its first years kept rooms above 2108 2nd Avenue North, and later occupied the upper floors of the Phoenix Club Building at 321–323 20th Street North.

The club was re-incorporated by the Alabama Legislature in 1898 with express powers to lease and purchase property and to provide its members with tobacco, alcohol and pool tables. In 1907 the club met at 630 19th Street North.

In 1909 the club constructed a "City Club" house at 20th Street and 15th Avenue South in South Highlands. Peter Bostick was awarded the construction contract, which has been reported as either $25,000 or $50,000. The new building opened with a grand ball on December 3. It later added a "Country Club" on Shades Mountain.

The club became dormant before 1922, when the new Hillcrest Golf & Country Club on Oxmoor Road was incorporated by Hugo Marx, Leo Kayser, and G. Goldman.

The building housed the Phoenix Grocery in the 1960s and was used as a jazz club in the 1970s. It currently houses Zydeco bar and concert hall.