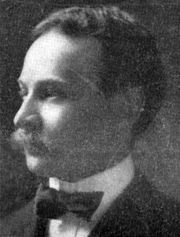 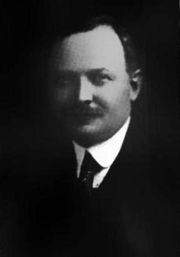 Leo Keith Steiner (born February 18, 1870 in Bohemia, Austria; died October 22, 1944 in Birmingham) was president of the Steiner Brothers Bank, founded by his cousins, Burghard and Sigfried.

Steiner, the son of Isaac and Lottie Hecht Steiner, was educated in Austria and, after emigrating in 1885, at the Eastman Business College in Poughkeepsie, New York. In 1886 he moved to Alabama to operate a mercantile store in Hamburg, Perry County. In 1888 he joined the Steiner Brothers Bank and later became its president in 1901. He was also president of the Cullman Property Company which invested in real estate in several north Alabama counties, and of the Liberty Graphite Company, the Gulf States Graphite Company, and the Superior Iron Land Company. He was also a vice-president of the Hillman Hotel Company, the Empire Coal Company, and the Burnwell Coal Company.

Steiner also served as a president of Temple Emanu-El from 1929 to 1933 and as treasurer of the Children's Aid Society. He was a member of the Phoenix Club.

Steiner married the former Dian Holzer of Birmingham on November 27, 1900. He and his wife raised two sons, Leo Jr and Bernard at their home at 2173 Highland Avenue.

Steiner died in 1944 and is buried at Elmwood Cemetery.