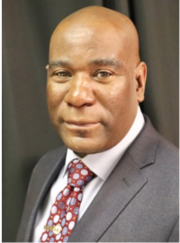 Mark A. Sullivan (born c. 1966 in Birmingham) is superintendent of Birmingham City Schools.

Sullivan also served in the U.S. Navy Reserve and volunteered with Alpha Phi Alpha, the 100 Black Men of Birmingham and the Boy Scouts of Central Alabama. He is a member of Phi Delta Kappa, the National Association of Black School Educators, and the National Education Association.

Sullivan has one daughter, Morgan.