This article is about the inventor. See Mary Anderson for other people with the same name. 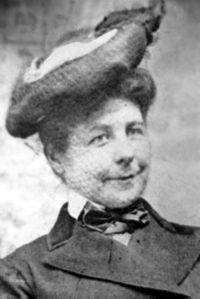 Born on the Burton Hill Plantation in Greene County at the start of Reconstruction, she moved with her widowed mother and sister to the booming town of Birmingham in 1889.

By 1893, Mary Anderson had moved west, to Fresno, California where, until 1898 she operated a cattle ranch and vineyard. She returned to Birmingham before 1902 and helped to care for an elderly aunt who had moved into their home with seventeen large, heavy trunks which she kept in her room. After the aunt's death, the trunks revealed a large collection of gold and jewelry which established the family's financial situation. Mary used some of the money in the winter of 1902 to a make a trip to New York City with friends.

While sitting in a frosty New York trolley car, she noted the driver struggling to keep the windshield clear of sleety rain. He wavered between keeping the glass down, which let the weather into the car, and pausing every few minutes to run out and clear the slushy build-up. When she returned to Birmingham she sketched a design for a hand-operated device and had a local company produce a working model. She applied for, and was granted, a 17-year patent for a windshield wiper. In 1905 she tried to sell the rights through the noted Canadian firm of Dinning and Eckenstein, but they rejected her application, saying "we do not consider it to be of such commercial value as would warrant our undertaking its sale." She did occasionally receive royalties, but they did not amount to much. 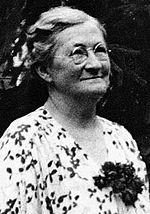 The sisters briefly owned a "summer home" on Broadway Street in Edgewood. They built the Fairmont Apartments on Highland Avenue at 21st Street South (the present site of 2101 Highland Avenue) in 1913 and served as resident managers.

Anderson continued to manage the Fairmont Apartments and cared for her nephews, Armistead and Thornton Nelson after her sister's death. She herself died, at the age of 87, in another summer house she owned in Monteagle, Tennessee. At the time of her death she was the oldest member of South Highland Presbyterian Church. Her funeral was conducted by Frank Mathes at South Highland and she was buried at Elmwood Cemetery.