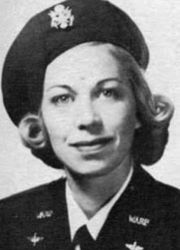 Mary Helen was the daughter of Sallie Lee McClure and Tilman Robert Thomas. She grew up in San Antonio, Texas and graduated from Brackenridge High School. She was working at the General Depot there when the United States declared war in 1941. After observing flight training in Corpus Christi she became interested in learning to be a pilot. She began taking lessons and responded to a newspaper advertisement for what became the Women Airforce Service Pilots (WASP) program, headed by aviator Jacqueline Cochrane.

Crane trained for seven months on the Vultee BT-13A and the Fairchild before earning her wings. She was deployed to Malden Army Air Field in Missouri where she was the only female pilot. With WASPs approved for stateside missions she flew maintenance test flights, ferry service and utility mission, primarily on BT-13s and C-47s. Just before the end of the war she was offered the use of the unit's craft to earn her civil instrument and commercial ratings.

With no piloting jobs available in military or civilian service after the war, Crane took a job as private secretary to the dean of women at Southwest Texas State University in San Marcos. She married Paul Chapman in 1948 and raised five children with him in Dickinson, Texas, between Houston and Galveston. She completed a bachelor's degree in library science at Sam Houston State University in 1970 and worked for the Dickenson Independent School District and Houston Public Library system before being named supervisor of libraries for the Mt Pleasant ISD. Foster and her fellow WASP pilots were finally allowed veteran status and made eligible for benefits by order of President Carter in 1977.

Paul Chapman died in 1994. In 1998 she married Boyce Foster. They moved to Northport in 2000 to be closer to a daughter employed at the University of Alabama. In March 2010 Foster and 1,113 of her fellow pilots were awarded the Congressional Medal of Honor.

Foster's second husband's died in 2006. She later moved back to the Houston area. She died there in 2016 and is buried at the Houston National Cemetery.