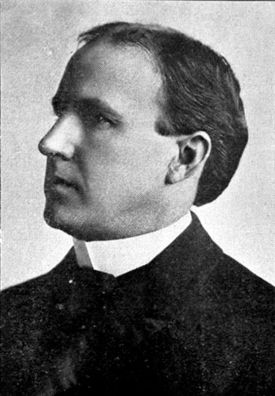 Walter Melville "Mel" Drennen (born 1851 in Arkadelphia; died June 1, 1926 in Birmingham) was president of the Drennen Department Store and mayor of Birmingham from 1899 to 1905.

Drennen was the son of Reverend Walter Blythe and Matilda Cornwell Drennen of Walker and Blount counties. He attended the common school in Arkadelphia and came with his brothers to Birmingham where they pursued careers in business. Melville served as a member of the firm of Drennen & Company and president of the Martin Cracker Co.. He managed the Palos Coal & Coke Co. and was a member of the board of directors for the Birmingham Mutual Fire Insurance Company. 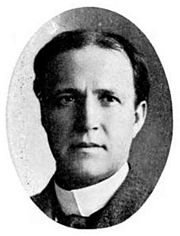 Drennen was elected mayor in the 1899 Birmingham mayoral election and re-elected to twice to two-year terms. He also served as president of the Alabama League of Municipalities and was prominent in the national organization. He served on the executive committee for the North Alabama Good Roads Association and oversaw the expenditure of more than $1,500,000 for street improvements in the city.

During his tenure, Drennen generally had a reputation as a "man of progress," who oversaw improvements to the streets and public buildings, not least of which was the new Birmingham City Hall, which was completed in 1901. He also took a stand against the Birmingham Railway, Light & Power Company, a monopoly that had assumed sole control of electrical, gas, and streetcar service in the city by acquiring its rivals. Drennen refused to grant the company the perpetual lease it had requested and held out for the Alabama Constitution of 1901 to take effect, which limited municipal contracts to a maximum 30-year term.

Drennen was challenged by Ward 2 Alderman George Ward in the 1903 Birmingham municipal election. Ward, who had been a leader in the fight against BRL&P on the board, promised to move faster on Drennen's progressive path while opening up the city's finances to public scrutiny. Ward charged Drennen with using the city's payroll to build up a political machine.

Drennen survived the challenge and was re-elected, but he resigned within the year. The vacancy was claimed by Ward in the 1904 Birmingham mayoral election.

Drennen owned the resort area at Blount Springs at its peak from 1900 to 1914. He married Eloise August Johnson on December 21, 1912 in New York City.