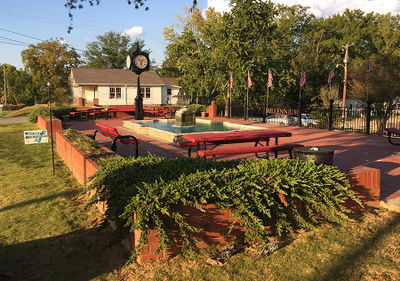 Millennium Park is located in the Civic Center Complex adjacent to the Gardendale Historical Society museum. It was dedicated in November of 2001. Two distinctive features in the park are the clock tower and the ornate fountain.