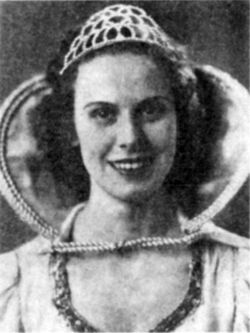 Miss Vulcan or Vulcan Queen was a one-time-only beauty contest, held in the Spring of 1939, pitting candidates who represented many of Birmingham's retail stores and social clubs. Photographs of the leading candidates were published in the newspaper and in frames in shop windows. 50-cent tickets were sold, each representing a vote for one of the candidates. Friends and supporters sold as many tickets as possible, with tallies updated daily in the papers and on the radio. The funds raised by selling votes went to offset the costs of the 10-day Vulcan Dedication Celebration which celebrated the opening of Vulcan Park on Red Mountain.

On the first night of the pageant, Erskine Ramsay crowned Evelyn Tulley, a 20-year-old clerk at Kress department store as "Miss Vulcan". A line of trumpeters heralded her walk down a red-carpeted aisle to her throne. As a prize, she received a week's paid vacation to make promotional appearances all over town.