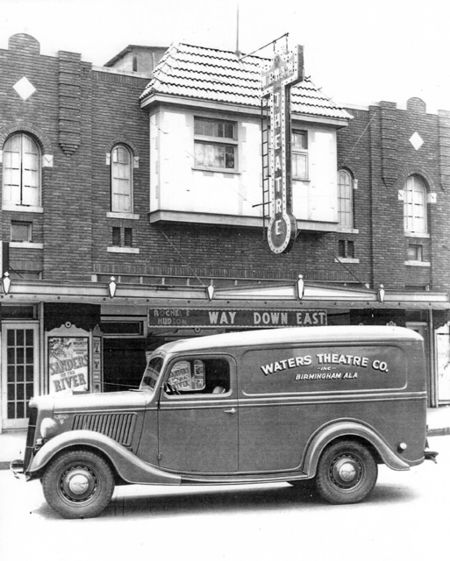 The North Birmingham Theatre in the 1930s

The North Birmingham Theatre was a cinema located at 2621 30th Avenue North in North Birmingham. It opened in late 1923 with a screening of the 1921 film "The Four Horsemen of the Apocalypse".

The 850-seat brick-clad theater featured arched windows and a protruding bay with a tiled mansard roof. It was operated by the Waters Theatre Company.

Before 1941 the theater had a large new marquee installed. It was operating in the early 1950s, but closed before 1958.

The building has since been demolished.