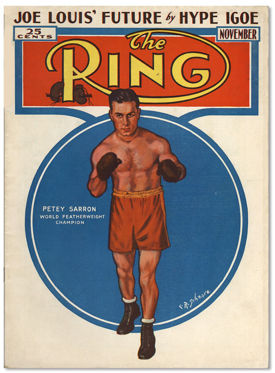 Sarron, of Lebanese/Syrian descent, began his amateur boxing career in Birmingham in 1920 and fought his way to Southern and Southeastern championships. He fought future gold medalist and world champion Fidel LaBarba in the National AAU Semi-final and Olympic Trials in Boston, Massachusetts in May 1924 and was invited to join the United States team for the 1924 Summer Olympics in Paris, France.

Afterward, Sarron became a successful professional boxer. He challenged National Boxing Association world featherweight champion Freddie Miller in 1936, losing a decision due to fouls. Sarron won a majority decision in their rematch on May 11 of the same year to become champion, and was featured on the cover of The Ring magazine that November. He defended his belt twice before losing to Henry Armstrong by knockout in 1937. It was the only knockout he suffered in a 150-match career. Sarron retired from boxing in 1939 with an overall record of 97-24-12 with 25 knockouts and 17 no-contests. 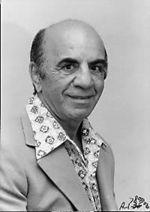 He retired to Miami, Florida and married Patrinilla Farah and had two boys, Peter and Ronald. In 1953 Sarron was named secretary of the Miami Boxing Commission.

Sarron was inducted into the Alabama Sports Hall of Fame in 1977.