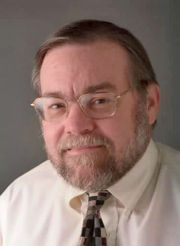 Casey was one of six children born to J. B. Casey, a Midfield ironworker, and his wife, the former Ruby Lois Sizemore and grew up in company housing. He graduated from Jones Valley High School and from the University of Alabama before joining the reporting staff at the Birmingham News in 1973.

In 1974 Casey and fellow News reporter John I. Jones were arrested during an interview about allegations of corruption by Shelby County Sheriff Red Walker. Walker accused them of conspiring to murder him. Also swept up in the election-year outlash were the county coroner (Walker's opponent), the probate judge, and several others.

He was promoted to the editorial board in 1979, the same year he married his wife Margie. Ten years later, Casey became the editorial page editor. He took on the mantle with a special dedication to exposing corruption and championing progress. He was known to say that "Alabama is heaven for editorial writers. There's always something going on over which to be outraged." 1.

In 1991, Casey, along with Harold Jackson and Joey Kennedy won the Pulitzer Prize for Editorial Writing for their series, "What They Won't Tell You About Your Taxes", analyzing inequities in Alabama's tax system and proposing needed reforms. He was a finalist for the National Headliners Award in 1992. In 1994 he was nominated for a second Pulitzer and was recognized by the National Education Writers Association in 1995. In 2006 he was posthumously awarded the Rufus N. Rhodes Leadership in Media Award by the Birmingham Chamber of Commerce.

Casey was being treated for diabetes and heart disease when he died of a heart attack at age 48. He was survived by his wife and two children, Anna and Jeb. The "Ronald B. Casey Fellowship for Cooperation in Government" was established in his honor in 2000.