From Bhamwiki
(Redirected from Rosedale School)
Jump to: navigation, search 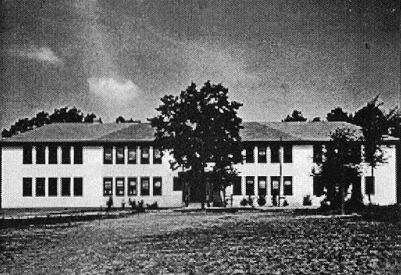 Rosedale High School (originally Rosedale School) was a public school located in the Rosedale section of Homewood from 1895 to 1969.

The original Rosedale School was founded by B. M. Montgomery, with classes held in his home on Loveless Street. A new school building was constructed on a hill in east Rosedale in the 1920s and was operated as part of the Jefferson County Schools system, serving African American students from across the county. The wood-framed school building two stories tall with a hipped roof. It burned down twice in the 1930s, with local residents blaming the Ku Klux Klan.

Damon Lee, Sr donated four acres at 1810 25th Court South to Jefferson County for a replacement school, operated During the Great Depression when the county closed other schools, the city of Homewood provided funds to keep the school open for the full academic year. The new 3-story school building was constructed, using locally-quarried sandstone, by the Works Progress Administration. It opened in 1944.

Rosedale's athletic teams, known as the Sons of Kong, wore purple and gold. They played their home games at the Ball Diamond next to Shades Valley High School.

The school building was later used as the campus of the Shades Valley Resource Learning Center. It is now the home of the Birmingham Islamic Center's Homewood Masjid and the Islamic Academy of Alabama.