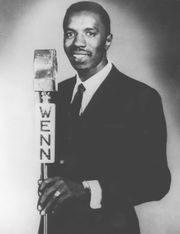 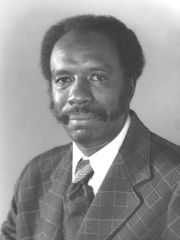 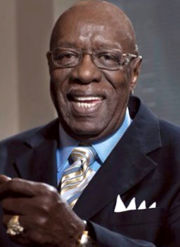 Stewart grew up in an abusive household in Rosedale and witnessed the death of his mother at the hands of his father at the age of 5. He was left homeless, sheltering in horse barns and basements, but continued to attend school. He was mentored by teachers, such as Mamie Foster, and earned good grades. He juggled numerous jobs while also participating in the drama program and writing for the school newspaper at A. H. Parker High School.

He got his first taste of radio broadcasting while in high school in 1949, earning $17.50 a week at WEDR-AM. Though he had planned to pursue a legal career, he proved to be a popular on-air personality and remained at that station and at WBCO-AM, moving from mornings to mid-day to evenings. He served briefly in the U.S. Air Force, and attended classes at the Cambridge School of Broadcasting in New York City in the early 1950s.

In 1958 Stewart moved to Jackson, Mississippi to take a job with WOKJ-AM, but continued to appear in Birmingham and other cities as a host of "Platter Parties" and as a stand-up comic and emcee. He soon became an icon as Shelley the Playboy with partner Erskine Fausch on WENN-AM and later as the owners of WATV-AM. They sold the television station to Sheriden Broadcasting Network (SBN) of Pittsburgh, Pennsylvania in 2002.

In 1960 Stewart deejayed a weekly record hop at Don's Teen Town in Bessemer. On July 14 of that year a group of about 80 Klansmen surrounded the building and sent word to manager Ray Mahoney that they wanted Stewart. Mahoney instead announced the siege to the crowd of 800 or so white teenagers, who flooded out to chase the klansmen off, allowing Stewart to escape.

During the Civil rights movement Stewart used his radio program to pass along information about mass meetings and planned marches, especially after students became involved during the Children's Crusade of 1963.

He and Cy Steiner co-founded Steiner Advertising in 1967, with Stewart as a "silent partner". He became sole owner after Steiner's death in 1992, and changed the name of the firm to O2 Ideas in 1997. He sold the business to his partners, including his daughter Sherri, in 2015.

Stewart was appointed to the Birmingham Park and Recreation Board in 1983 and served as president from 1987 until leaving the board in 1990.

Stewart founded the Mattie C. Stewart Foundation to honor his mother's memory by helping young people prepare for adulthood. In 2002 his memoir, co-written with Nathan Hale Turner, was published as The Road South. He later worked with writer Don Keith on a follow-up, called Mattie C.'s Boy: The Shelley Stewart Story, which was published in 2013.