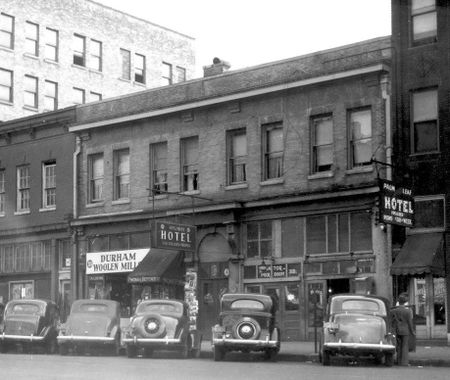 The Rush Hotel was a small hotel located on the second floor of the two-story commercial building at 316 18th Street North from around 1919 to 1949. It was established by D. M. Rush.

In the 1930s the hotel was owned by Tom Hayes, who was also the owner of the Birmingham Black Barons. As one only a handful of hotels open to African-Americans, the Rush Hotel housed many out-of-town players for the Black Barons as well as their visiting opponents. The hotel was also the site of organizational meetings for the Negro Southern League in 1931.