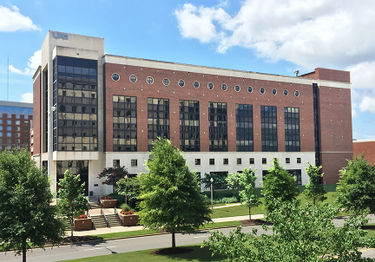 The Ryals Public Health Building is 117,000 square foot, six-story academic building located at 1665 University Boulevard. It was dedicated on October 29, 1996 as the home of the UAB School of Public Health. The building was designed by Evan Terry & Associates and built by Brasfield & Gorrie.

On June 10,1994 ground was broken for the facility to house the School of Public Health. The Frank and Kathleen Ellis Ryals School of Public Health Building, made possible by the generosity of Dr. Jarvis D. Ryals, a University of Alabama School of Medicine alumnus, was dedicated October 29, 1996. It replaced the former Tidwell Hall building which had been used by the school since 1981.

The 9th Avenue Parking deck is located directly behind the building and provides parking spaces for faculty, staff, and students.