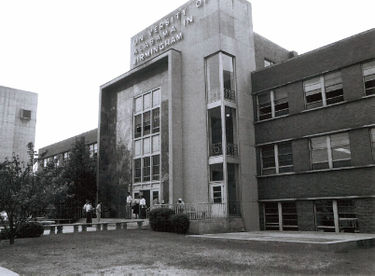 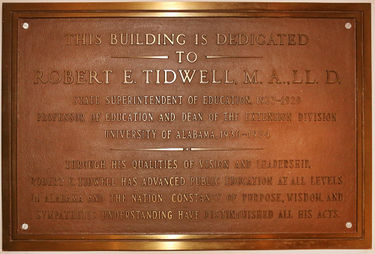 The five story building replaced a wood-frame house at 2131 6th Avenue North that had housed the Extension Center since its founding in 1936. It was officially named in honor of Robert Tidwell, dean of the University of Alabama Extension Division, on June 10, 1956, though the signage on the building was not changed to "Tidwell Hall" until the late 1960s.

In 1966 the building was turned over to the new College of General Studies and housed English and history classes along with faculty and administration offices, the 10,000 volume University College Library, a bookstore and an educational television studio.

Demolition of Tidwell Hall began during the week of May 11, 1998. A small portion of the building, attached to the adjoining UAB School of Dentistry, was left intact until construction of the Hugh Kaul Human Genetics Building began in 1999.

Laboratories were located on the first and fourth floors. Classrooms were located on the first and third floors. In the latter part of 1984 and continuing into the spring of 1985, renovations to the second floor resulted in the creation of new office space for the departments of Epidemiology, Maternal and Child Health, Biostatistics, and a computer lab for general use by faculty, staff, and students. In 1985, the computer lab was outfitted with Apple IIe and DEC Rainbow microcomputers. IBM AT microcomputers were purchased for faculty and staff and IBM Displaywriter word processing systems were utilized by secretarial staff for word processing tasks.