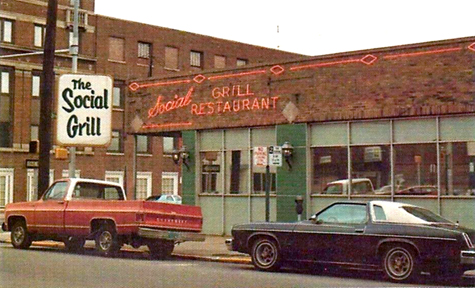 The Social Grill building in 2007

The Social Grill was a landmark downtown meat and three restaurant which operated from 1945 to 2004 at 231 23rd Street North on the corner of 3rd Avenue North. It was opened by World War II veteran Louis George Lavas. He kept the restaurant open 6 days a week from 5:30 AM to 10:30 PM until his retirement in 1977.

Later owners Fred Milloit and his mother, Ruth closed the downtown location in July 2004 and re-opened in the Southlake Village Shopping Center near Valleydale Road.

A plan was approved by the Birmingham Design Review Committee to convert the vacant building into a billiard hall, but was never realized. In 2013 the building was demolished to make way for a Cadence Bank drive-up window.