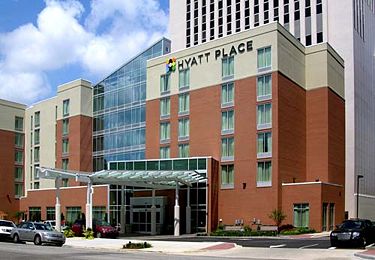 SpringHill Suites by Marriott Birmingham Downtown-UAB is a 150-room full-service hotel located at 2024 4th Avenue South on the corner of 20th Street.

The hotel was developed in 2009 as a Hyatt Place under a joint venture of Corporate Realty Development and the Welden Field Financial Group. The $14 million building was constructed on the former site of Tom Williams Cadillac, which was purchased from Liberty National Life Insurance. Golden Construction was general contractor and Southern Hospitality Services, a division of Welden Field, was set to manage operations. The 100% non-smoking hotel featured a bakery/café and fitness center (both open 24 hours) and an indoor pool.

Announced in October 2007 to serve visitors to downtown Birmingham and UAB, the hotel opened its doors in Spring 2009. In October 2011 the hotel's branding was changed to Marriott's SpringHill Suites. Ascent Hospitality of Dalton, Georgia took over operations.