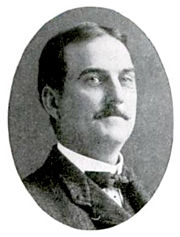 Bethea was the son of John C. and Elizabeth Ann Bethea of a long-established Huguenot family of Carolina. He lost his father, a Confederate lieutenant, in 1863 and was raised by his mother, a novelist of some regard. After primary schooling he enrolled at the Bingham School in North Carolina.

On March 7, 1887 he married Miriam Woodward of Talladega, daughter of a former South Carolina congressman and herself an accomplished philosopher. The couple had seven children (Agnes, Ellen, Elizabeth, Estelle, Malcolm, Mary and Roderick)

In 1888 Bethea came to Birmingham to trade in real estate, amassing a considerable portfolio of downtown properties. He was active in the Knights of Pythias and a trustee of South Highland Presbyterian Church. He died in 1931 and is buried in a family plot alongside the Pioneer's Memorial Building at Oak Hill Cemetery.