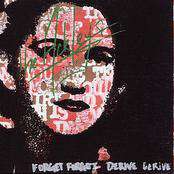 The Ackleys were a rock band comprised of Oak Mountain High School graduates Katie Crutchfield on guitar and vocals, her twin sister Allison on keyboards, Michael McClellan on bass, and Carter Wilson on drums. The Crutchfields originally formed as a trio with Allison on drums and a different bassist. When they parted ways McLellan filled in. After adding Wilson, Allison moved to keyboards and the Ackleys were born. Katie was the primary songwriter for the band.

In 2005 they released their self-titled CD, recorded in a friend's basement, on House of Love Records. The band donated a song to the album Chords of Relief: A Magic City Relief Effort for the Victims of Hurricane Katrina, and released Forget Forget Derive Derive in 2007. They performed at the 2007 City Stages.

The Ackleys disbanded in 2008. The Crutchfields have gone on to form the bands P. S. Eliot, Bad Banana, and King Everything; as well as release solo works in 2012 with Katie's Waxahatchee and Allison's Swearin' solo projects.