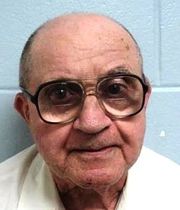 Thomas Edwin Blanton Jr (born June 20, 1930 in Washington D.C.; died June 26, 2020 at Donaldson Correctional Facility, Jefferson County) was a Ku Klux Klan member who was convicted in 2001 for his involvement in planning the bombing of 16th Street Baptist Church in September 1963.

Blanton's father, known as "Pops", was a notorious racist and his mother was Catholic. He rejected the Catholic church after her death. He attended school through the 10th grade and worked as an unskilled laborer. He was employed by the U. S. Navy as an aircraft mechanic from 1956 to 1959. During the 1950s he became an aggressive racist with violent tendencies. He joined the Ku Klux Klan and became a member of the Eastview 13 Klavern with Robert Chambliss and Bobby Frank Cherry. Acquaintances claimed that he routinely poured acid on African-American's car seats and spoke in favor of killing Catholics and Blacks and blowing up their churches. Fellow Klansman-turned-FBI informant Mitchell Burns said that Blanton liked to sit on the steps of 16th Street Baptist Church in the evenings after he had been drinking. His girlfriend described a time when he swerved his car at a Black pedestrian, forcing him to dive to the curb to avoid being run over. She also described his satisfaction with the fatal result of the church bombing.

Blanton was one of the first suspects in that bombing. Photographs of Blanton and his two-tone 1957 Chevrolet were picked out by two witnesses. He was questioned at length by federal officials, who found his alibi unconvincing. His then-fiancee Jean Casey affirmed that he was with her, but their accounts of the evening of September 14 differed substantially. The administrators of a lie-detector test concluded that it was likely he was involved in the bombings of 16th Street Baptist Church and Center Street Baptist Church ten days later. He picketed the FBI's Birmingham office to protest harassmant and was arrested for assaulting an FBI agent. He was not charged in connection with the any of the bombings until nearly 40 years later.

Blanton completed a Juris Doctorate at the Birmingham School of Law in 1980, but never passed the bar exam. In the 1990s, he worked as a security guard for Liberty Park and at Wal-Mart in Hoover. Periodic publicity about the bombing investigation sometimes resulted in his dismissal. By the late 1990s he was living in a small trailer on a small lot owned by Wyman Lee in Fultondale.

Blanton was indicted along with Cherry by special prosecutor Doug Jones. Recordings made in 1963 with a microphone hidden in an informant's car and in Blanton's kitchen by the FBI agent Ralph Butler led to his conviction in James Garrett's court at the Jefferson County Courthouse. The secret recordings were admitted because no law forbade their use at the time they were made. He was sentenced on May 2, 2001 to life in prison for each of the four victims of the bombing. He was denied parole at a hearing on August 2, 2016.

Blanton served most of his sentence at the St Clair Correctional Facility near Springville. He reportedly avoided contact with fellow inmates and was visited occasionally by his daughter. He was transferred to the William E. Donaldson Correctional Facility where he was treated for cardiac-related ailments prior to his death in June 2020.