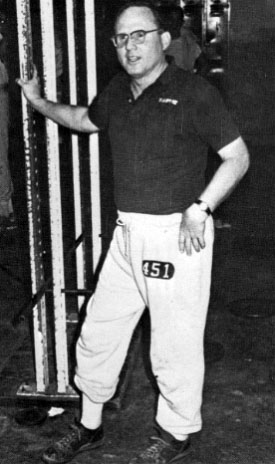 Reynolds was one of four sons born to Fred and Maude Thompson Reynolds. He graduated from Phillips High School in 1938 and went to work at Ramsay High School as an assistant coach. He was drafted into the army for World War II in 1944 and saw action as a machine gunner at the Battle of the Bulge. After his discharge he returned to Ramsay and also attended Howard College, graduating in 1953.

Reynolds was hired as a teacher and head football coach for the Ramsay Rams that fall, and won the AHSAA state championship in his first season. He went on to win 10 of 15 Crippled Children's Classic games with the Rams. The Monday Morning Quarterback Club named him their "Coach of the Year" in 1959 and 1963.

Reynolds went on to preside over the Central Board of Control for the Alabama High School Athletics Association, and, in 1970, was hired as the director of athletics and football coach for the new Vestavia Hills High School. Reynolds was injured in a collision caused by a runaway truck that killed three of his coaches on August 27, 1971. He retired after promoting his assistant, Buddy Anderson, to take over as football coach in 1978 and retained the role of athletic director until 1980.