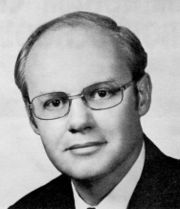 Cody attended Mobile public schools and graduated from Murphy High School. He earned his bachelor of arts in social relations and master's in education at Harvard University in 1959 and 1960. He returned to Mobile and taught for two years before being made principal of Forest Hill Elementary School. He married the former Caroline Burns, daughter of Mobile County school superintendent Cranford Burns and had two children, David and Alison.

He also taught educational psychology at the University of South Alabama. In 1964 Cody returned to Harvard to complete his doctoral degree in school administration. After graduating he was appointed Director of Teacher Education of Atlanta Public Schools. While there he also taught at Emory University and Atlanta University.

A year later, in 1967, Cody accepted the position of Superintendent of Schools for Chapel Hill, North Carolina. While there he served on the President's Cabinet Committee on Education and helped draft what became the Emergency School Aid Act. In 1971 he was hired as a senior officer of the National Institute of Education.

Cody came to Birmingham in 1973. He helped lead successful efforts to pass a 1975 Birmingham school tax referendum, providing an additional $3 million per year for city schools, mostly earmarked for securing accreditation for the system's 78 elementary schools.

Cody served a one-year term as president of the Alabama Association of School Administrators in 1981-1982. In 1983 he applied for vacancies at the Baltimore City and Montgomery County, Maryland school systems. He accepted the Montgomery County superintendent position, where evaluators praised his expertise in desegregation and his reputation for fairness.