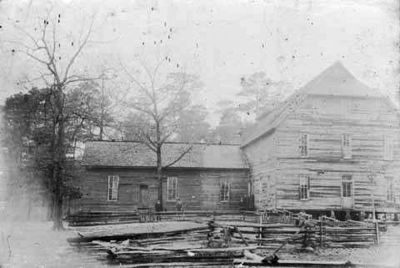 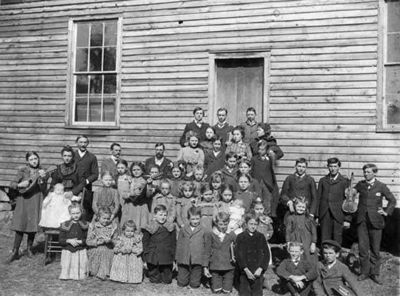 Faculty and students of the Zelosophian Academy in the 1890s

The Zelosophian Academy was a coeducational private school founded in September 1892 by James Hugh Blair Hall in connection with the Oak Grove Cumberland Presbyterian Church in the Shades Valley community of Oak Grove.

The academy took its name from the Greek words "zelos", meaning "zeal," and "sophos," meaning "wisdom". It welcomed students from first grade to college level and met initially in the church sanctuary until an academy building was added onto the rear of the church. Enrollment began with 119 students in the first term. Students were exposed to a broad liberal arts curriculum. Younger students had time for "health and motions" alongside their spelling and counting lessons. Those in the middle grades focused on languages (Latin, Greek, French, and German) as well as history, including Alabama history, and religion. Older pupils were instructed in psychology, zoology, geology, astronomy, and international law. Hall's wife, Emma, led classes for all students in music and art. The academy's library contained more than 1,200 volumes. The "Zelosophian Casket" newspaper was published at the school.

Hall was a tireless promoter and often made the trip by horse and buggy to Oxmoor to meet prospective students at the train depot there. The school advertised itself in the pages of Good Housekeeping in 1899 and boasted in The Alabama Cumberland of providing "the best teachers and the best morals in the state." Tuition ranged from $1.50 to $5 per month and boarding placement was available with families in the area.

Hall retired in 1908, the same year that Jefferson County opened Oak Grove Elementary School. In 1916 two of Hall's former students, Will Franke and William Acton, led efforts to open the Shades Cahaba School to serve the district. The former academy building was destroyed by fire in 1920.