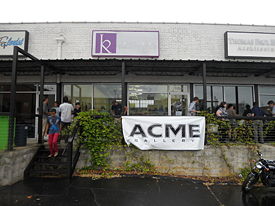 Acme Gallery was an art gallery located in the Acme Building at 1305 2nd Avenue North. It was opened in April 2011 by John Lytle Wilson and Wes Frazer.