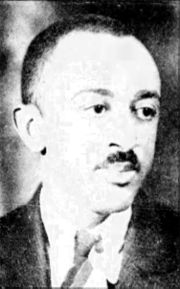 Lee was the son of Damon Lee, a former slave who settled in Rosedale in the 1890s and operated the successful Damon Lee & Sons grocery store. Damon prospered and accumulated substantial real estate holdings in Rosedale and Center Point, and in the area later developed as Riverchase.

Afton Lee grew up in his father's store while attending Industrial High School in Birmingham. Lee was married to Annie Bean Lee in 1921. Together the couple had six children, including Myrtle, Reginald, and Robert M.

Lee took over management of the business when his father died in 1922. After the elder Lee died, Afton changed the name to the Afton Lee Grocery. In the late 1920s the store was patronized by white and Black customers.

Lee was struck on the head during a robbery of his grocery store in 1989 by Teddy Roberts Jr and Bobby Grier. He was found in one of the store's coolers and died two hours later. Roberts and Grier were separately convicted and each was sentenced to life in prison without parole.

The Afton Lee Community Center was named in Lee's honor, as was the Afton Lee Award of the A. G. Gaston Conference Awards. On September 18, 2007, Lee was posthumously inducted into the Birmingham Business Hall of Fame.