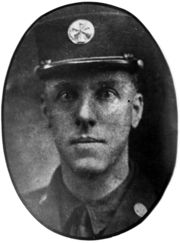 Brown was born in Norwich (Norfolk) England. He entered the Birmingham Fire Department in June 1902. He started as an "extra", earning 10 cents an hour. He slept in the fire engine for his first months on the job to be sure never to miss a call.

He was promoted to Captain of Engine Company No. 2 at the Southside Fire Station four years later, and then resigned on December 1, 1911. He rejoined the department after 7 months absence, but only stayed for one year before resigning again. After another year away, he rejoined the department in July 1914 and was again promoted to Captain on December 1, 1917. From there he rose to Battalion Chief in 1921, to Second Assistant Chief a year later, and to First Assistant Chief a few months later, in November 1922.

In 1934 Brown was passed up for promotion to Fire Chief in favor of then-Second Assistant B. O. Hargrove. After three years, he finally took over for Hargrove in 1937. He retired in November 1945 and was succeeded by J. R. Smith on a provisional basis until Hoyt Ayers was confirmed as permanent fire chief on June 1, 1948.