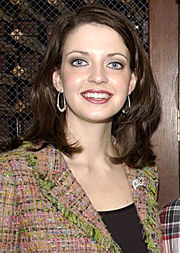 Deidre Downs Gunn (born July 7, 1980), is an obstetrician/gynecologist specializing in reproductive endocrinology. She was crowned "Miss Alabama" for 2004 and "Miss America" for 2005.

As a pageant contestant, Downs sang a rendition of the ballad "I'm Afraid This Must Be Love". She was crowned "Miss America" by her predecessor Ericka Dunlap. As part of her year of service as Miss America, she campaigned for childhood cancer research, founding a high school volunteer program and lobbying to create Alabama's "Curing Childhood Cancer" specialty license plate. She served as an official spokesperson for the CureSearch National Childhood Cancer Foundation.

After her year as Miss America, Downs returned to Birmingham and attended the UAB School of Medicine. In March 2008, Downs married Andrew Gunn, a high school teacher and fellow Samford alumnus. They had one son together. The couple later divorced, and in April 2018 she married attorney Abbott Jones in a ceremony at the Birmingham Museum of Art.