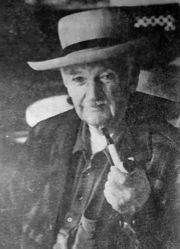 Hambaugh grew up in Clarksville, Tennessee and graduated from Southwestern Presbyterian University there. He moved to Homewood's Edgewood neighborhood in 1921 and worked in the paint business.

On the council, Hambaugh opposed plans to condemn a large section of Rosedale to make way for a proposed Southgate Urban Renewal Project.

chaired the finance committee which passed a sales tax measure, allowing Homewood to retire more than a million dollars in bonds around 1970.

Hambaugh died in 1986 and is buried at Greenwood Cemetery in Clarksdale, Tennessee. He was married to the former Mary Charlotte Fort and had one son, Fort and three grandchildren. Hambaugh Avenue in Edgewood is named in his honor.