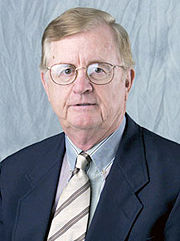 Bartow was the son of Thomas and Almeda Bell Gooch Bartow of Linn County, Missouri. He served in the U.S. Army after high school, then earned a degree from Truman State University in Kirksville, Missouri in 1953. He began his coaching career at Shelbina and St Charles High Schools in Missouri, winning a state championship in 1957. He coached at Central Missouri State University from 1961-1964, Valparaiso University from 1964-1970, Memphis State University from 1970 until 1974, and he led the Tigers to the 1973 NCAA national championship game and consecutive Missouri Valley Conference titles. While there he also coached the Puerto Rican national team in the 1972 Munich Olympics and coached U. S. All-Star teams in China and the U.S. National team to a bronze medal in the 1974 World Championship.

In 1974 Bartow accepted the head coaching position at the University of Illinois. Illinois finished 8-18 in his only season coaching the Fighting Illini, and Bartow left his position to succeed John Wooden as the head coach of UCLA. Bartow coached at UCLA from 1975 to 1977, guiding them to a 52-9 record, including a berth in the 1976 Final Four.

Bartow left UCLA after the 1977 season to take over the job of creating an athletic program at the University of Alabama at Birmingham. 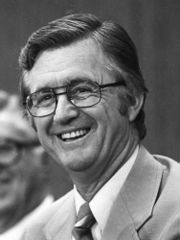 He served as the school's first head basketball coach and athletic director for 18 years. Bartow led UAB to the NIT in the program's second year of existence, and followed that up with seven straight NCAA Tournament appearances, including trips to the Sweet 16 in 1981 and the Elite Eight in 1982.

On November 1, 1991 Bartow wrote a letter to NCAA compliance officer David Berst suggesting that the Alabama Crimson Tide basketball program be investigated since he had been informed of recruiting violations from four separate transferring players. In the same letter he speculated that active investigations of coaches who had been trained by the late Bear Bryant suggested that non-compliance could be widespread in Alabama's athletic department. No immediate investigation was taken up by the NCAA. However, the letter was leaked to the Los Angeles Times in 1993 and Bartow's allegations were strongly refuted by Alabama athletic director Hootie Ingram. He later apologized for making any insinuations about Bryant.

Bartow retired from coaching in 1996 and was succeeded on the court by his son, Murry. His record with the Blazers was 366-203 in 18 seasons, with 9 NCAA tournament appearances and no sub-.500 seasons.

He retired from the athletic director's position in 2000 and became an adviser to the Memphis Grizzlies NBA team. In 2007 he became president of Hoops LP, which operates the franchise and its FedExForum arena.

In early 2009 Bartow was diagnosed with late-stage stomach cancer. He received treatment at UAB Hospital and died in January 2012. He was survived by his wife, Ruth, three children, and eight grandchildren. He is buried at Southern Heritage Cemetery in Pelham.