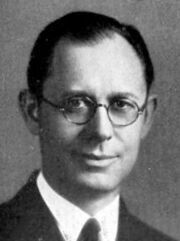 Bailes was the son of James William and Catherine Isabella Bailes of York County, South Carolina. He married the former Emilu Fox on June 6, 1918. The couple had two sons: George Jr and James Fox.

Bailes served as commander of American Legion Birmingham Post No. 1

Bailes was appointed to the first Alabama Athletic Commission established in 1927 to have jurisdiction over boxing, sparring and wrestling matches held in the state. He left that office in 1928 to accept his appointment as Solicitor of Jefferson County. He ran for Circuit Court judge in 1933, but lost to Robert Wheeler.

In 1939, still serving as solicitor, Bailes delivered an address at the dedication of the former East Park in honor of Italian inventor Guglielmo Marconi, who had died in 1937.

In December 1945 Bailes, then on the bench, granted a moratorium on the sale of liquor at the Shades Mountain Country Club, which had been described as a public nuisance.

In December 1958 Bailes upheld the sentences given by the Birmingham Municipal Court against Fred Shuttlesworth and 12 others for defying a driver's order to take seats in the back a bus, under the newly-passed ordinance giving drivers the authority to assign seating.

Bailes, previously honored as a "Life Deacon" at First Baptist Church of Birmingham, brought his popular weekly Sunday School class to Mountain Brook Baptist Church in 1952. His "Pilot Class" lessons were also broadcast on WBRC-AM and reprinted in the Shades Valley Sun. He stepped down into "emeritus" status at the age of 90 in 1974.