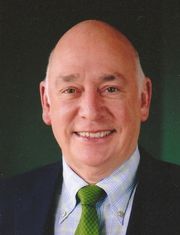 George Duncan Hastie McMillan Jr (born October 11, 1943 in Greenville, Butler County) is an attorney and mediator, a former politician and former owner and president of McMillan Associates which produced City Stages from 1989 to 2009.

McMillan, the son of George and Jean Autrey McMillan of Butler County earned his bachelor's degree at Auburn University in 1966 and completed law school at the University of Virginia in 1969, after which he was admitted to the Alabama State Bar.

McMillan clerked for the United States District Court for the Northern District of Alabama and taught as an instructor at the University of Alabama Law School. He founded his own law practice, which became McMillan & Spratling in 1971. He married the former Ann Louise Dial that same year.

McMillan was elected to the Alabama House of Representatives in 1973 and to the Alabama State Senate in 1974. He was appointed to the Permanent Study Commission of the Alabama Judiciary System and earned recognition as "Alabama's Hardest Working Senator" and was named one of the 10 Most Outstanding Legislators in the Nation in 1978. In the 1978 general election he won the race for Lieutenant Governor of Alabama. He has also chaired the Alabama Film Commission, the 1980 state Democratic Convention and the Black Belt Community Foundation. In the 1982 election he challenged George Wallace unsuccessfully for the Democratic nomination for Governor.

McMillan sold his practice to Haskell Slaughter in 1986 and founded McMillan Associates in 1988. He presented the first City Stages music festival in downtown Birmingham the next year. He later founded the non-profit Birmingham Cultural and Heritage Foundation as producer of the event, while McMillan Associates continued to manage and promote City Stages on a contract basis. A misdemeanor warrant was issued for McMillan after the failure of the festival in 2009 left vendors with bad checks. He was acquitted on those charges in 2011.

McMillan currently practices as a mediator, with offices in the Farley Building at 1929 3rd Avenue North.