Green Acres Cafe is a chain of fast-food restaurants founded in Chicago in 1946 by William Gratton. Gratton expanded the chain to six locations before he moved to Birmingham and brought the business with him.

The first Birmingham location was opened in North Birmingham in 1950. A second location was opened across the street from the 16th Street Baptist Church by his brother Charles in 1958. After relocating a few times, Charles' operation settled into its current location at 1705 4th Avenue North in 1990. It was Charles who decided to try to get rid of extra wings left over after people bought 1/2 and 1/4 chickens by offering a special plate of a half dozen wings with bread and fries for 25 cents.

Charles' son Greg is now the owner of the concept, which has expanded to 11 locations, all offering the same proven menu of fried chicken wings, hamburgers and fries, fried fish, sandwiches, fried okra and fried green tomatoes.

In 2007 the chain was honored with a "Hoodie Award" for the nation's "Best Fried Chicken Place" by the Steve Harvey Morning Show. The show airs locally on WHUT FM "Hot 107.7". 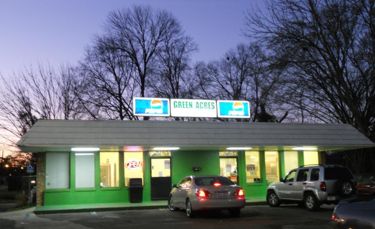