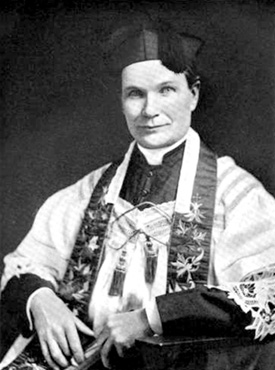 Coyle was the son of Owen and Margaret Letitia (Durney) Coyle. He attended Mungret College in Limerick , the Royal University of Ireland, and the North American College and University of Propaganda in Rome. He was ordained a priest in Rome on May 30, 1896 at the age of 23. He sailed later that year, with fellow priest Micheal Henry, to the port of Mobile and served under Bishop Edward Allen. He became an instructor, and later rector, of McGill Institute for Boys.

In 1904 Bishop Allen appointed Coyle to succeed Patrick O'Reilly as pastor of St Paul's, where he was well-received and loved by the congregation. In 1909 Coyle founded Catholic Monthly. In 1915 he was given the title of Dean of North Alabama, serving the northern region of the state on behalf of the Bishop of Mobile.

Coyle was a member of the Birmingham Country Club, the Roebuck Club and the Newspaper Club. He was also active in the Drama League and served as chaplain for the Knights of Columbus and the Ancient Order of Hibernians. He was an honorary member of the Syrian Young Men's Society of Birmingham and various Italian societies.

On August 11, 1921 Methodist minister Edwin Stephenson shot Coyle in the head while he was reading the breviary on the front porch of his rectory next to the cathedral on 4th Avenue North. Stephenson was enraged that Coyle had secretly married his daughter, Ruth, to Puerto Rican-born Pedro Gussman. Coyle died soon later at St Vincent's Hospital.

Stephenson was a member of the True Americans and the Ku Klux Klan, and those groups, then heavily involved in anti-Catholic activities, raised money statewide for his defense. He was defended in Judge and fellow Klansman William E. Fort's courtroom by Hugo Black who appealed to the jury's prejudices to win an acquittal on the basis that Stephenson had been driven temporarily insane by the news of his daughter's marriage.

Cathedral officials are researching Coyle's life in support of a potential nomination for canonization, based largely on what is viewed as his martyr's death. The cathedral has prepared a crypt in their new columbarium for Coyle's remains, which were first interred at the Southside Catholic Cemetery (now the site of the Alys Stephens Center and moved in 1936 to Elmwood Cemetery, where his grave is marked by a 10-foot Celtic cross. The current pastor, Reverend William Donohoe asked the Vatican for permission to move Coyle's remains again. He also renamed the rectory, which was rebuilt after Coyle's death, in his honor.

Coyle's death and the subsequent trial is the subject of a 2007 documentary film entitled Saint James produced locally by Steve Moon and Frankie Carra of New Moon Films and a 2010 episode of Would You Believe, entitled A Cross in Alabama and produced for RTÉ (Irish television) by Pat Shine.