This article is about the 1889 courthouse. For others, see Jefferson County Courthouse (disambiguation). 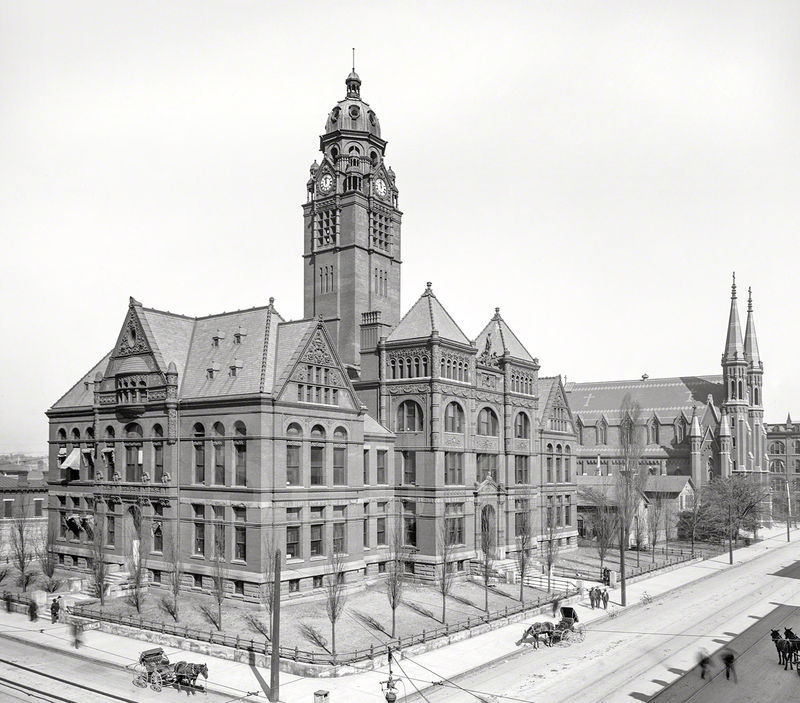 It was built on the corner of 21st Street and 3rd Avenue North, the same site as the earlier 1875 courthouse, which had been condemned as unsafe.

The Richardsonian Romanesque design was created by architect Henry Wolters of Louisville, Kentucky in association with Charles Wheelock of Birmingham. Charles Pearce of Indianapolis, Indiana served as general contractor for the $300,000 building. With its massive 180-foot-tall domed clock tower, it was one of the largest and most distinctive structures in Birmingham for many years. 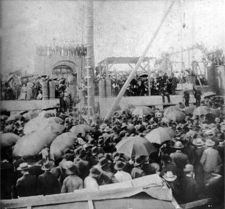 Laying the cornerstone for the courthouse in 1888

The building was demolished in 1937, following construction of a new Jefferson County Courthouse as part of a "Civic Center" at Woodrow Wilson Park. It was thought that clearing the site would promote redevelopment. The Sears, Roebuck & Co. took out a 50-year ground lease offered by the Jefferson County Commission for $10,000 per year for 20 years and then $15,000 per year after. In July 1939 before any work as done to improve the site, the retailer agreed to cancel the contract, which the county had come to characterize as, "unjust, unfair and inequitable." From then on, the lot accommodated only surface parking until construction of One Concord Center office building in 2002.