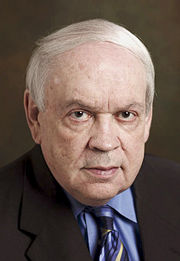 Parsons grew up in Hueytown and is a graduate of Jacksonville State University and the Birmingham School of Law. In his twenties, he worked as a meatpacker for R. L. Zeigler Company. He served in the U.S. Army Reserve 1967-1974, and served as a balliff for the Jefferson County Circuit Court 1968-1976. In 1978 Parsons was elected the state senator from Hueytown and served until 1994 when he ran unsuccessfully for state agriculture commissioner. He was elected Jefferson County circuit judge in 1998 and was re-elected in 2004. Prior to being elected circuit judge, Parsons was an attorney with a private practice in Bessemer. During his tenure as circuit judge, he helped bring and oversaw the mental health court, which began in 2004. Parsons had a family member with mental illness, and felt it was important to help get offenders treatment.

In 2009, Parsons ran unsuccessfully for the Alabama Supreme Court. Parsons' daughter Jennifer Parsons Champion is Jefferson County Treasurer. Parsons was an active member of the Alabama State Bar and the Bessemer Bar Association. Parsons retired in 2011 and died in November of that year from cancer. He and his wife, Lucy, resided in Hoover