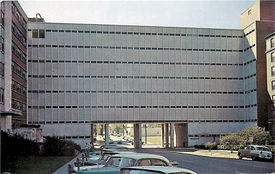 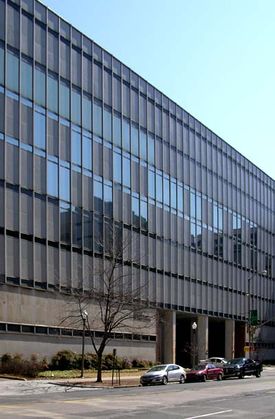 The bridge, dedicated on September 22, 1967, marked the first time that a Veterans Administration hospital was physically joined to a civilian hospital. Joseph Volker lobbied the U.S. Congress to approve the sharing of space, which greatly benefited operations of the VA center and boosted the research capabilities of the university hospital.

The exterior curtain wall of the "bridge" wing originally contained uniform opaque panels with short clerestory windows above, but some of those panels have since been replaced with glass.