The 1000Bulbs.com 500 (originally the Talladega 500; later the Talladega DieHard 500, the DieHard 500, the Winston 500, the EA Sports 500, the UAW-Ford 500, the AMP Energy 500, the AMP Energy Juice 500, the Good Sam Club 500, the Good Sam Roadside Assistance 500, the Camping World RV Sales 500, the GEICO 500, and the CampingWorld.com 500 at Talladega) is a NASCAR Cup Series stock car race held at Talladega Superspeedway in Talladega. It is also one of four races currently run with restrictor plates, the others being the GEICO 500, the Coke Zero 400, and the Daytona 500. Through 1996, the race was normally held in early August or late July. In 1997, it was moved, after overwhelming fans' requests, to early October due to the uncomfortably hot summer temperatures, and sometimes unpredictable summertime thunderstorms in the Alabama area.

In 1998, the name of the race was swapped with that of the spring race. The fall race became known as the Winston 500 for three years in order to promote the Winston No Bull 5 program.

During the driver introductions in 2005, Ricky Bobby and other characters were introduced in order to shoot scenes for the movie Talladega Nights. 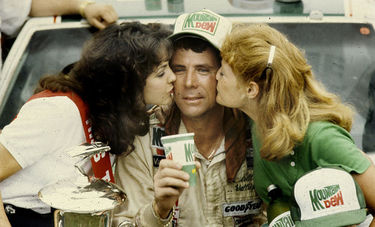