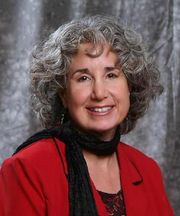 Teresa K. Thorne (born April 17, 1954 in Montgomery) is a writer and former Birmingham Police Captain and executive director of the City Action Partnership.

Thorne served for twenty years in the police department, retiring with the rank of captain in 1998. She then served for 18 years as CAP's executive director, retiring in August 2016. During her tenure, the organization's patrols helped greatly reduce criminal activity in the City Center. Through her leadership, it also expanded its public safety services to include motorist assistance, cleaning sidewalks and graffiti, and assisting homeless residents. She was a member of the 2003 class of Leadership Birmingham.

She was appointed to Mayor Bernard Kincaid's Commission to Prevent and End Chronic Homelessness in 2007.