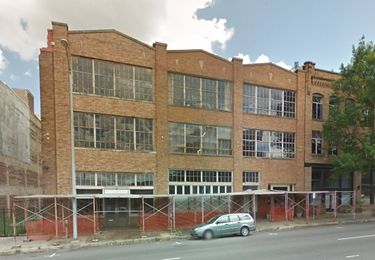 Wooster Lofts in 2015, prior to renovations 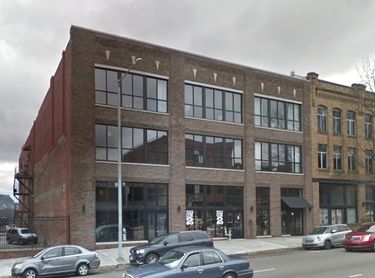 Wooster Lofts in 2017, after renovations

Grisham secured an option on the vacant warehouse building and Burns sketched out how loft residences could be fitted into it. Their plan hit an obstacle when loan officers at SouthTrust Bank informed them that there was no market for lofts. Grisham and Shaw's group hosted a "leasing party" in the vacant building and were able to return to the bank days later with a fully-leased project.

The Wooster was named in honor of madam Louise Wooster, an early Birmingham entrepreneur and unlikely humanitarian. The development contains 15 lofts on the upper floors with space on the ground floor used for both residential and commercial purposes.

In May 2014 the building's owners sought approval from the Birmingham Design Review Committee to change the building's appearance while making necessary repairs to the structure. The warehouse was constructed with three shallow gable-shaped parapets separated by piers. The owner chose to lower the entire parapet to reduce weight above the windows and make it easier to cover the top of the wall with a continuous flashing.