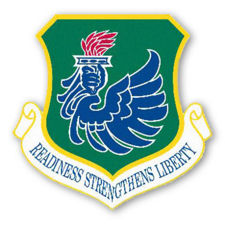 The 106th Observation Squadron is a former Air National Guard unit based at the Birmingham International Airport which saw action in the Pacific in World War II. It was recommissioned as the 117th Air Refueling Wing after the war.

The 106th traces it's history to the Birmingham Flying Club founded in 1919 by World War I Flying Ace James Meissner. The club, nicknamed "The Escadrilles", was recognized as the 135th Observation Squadron of the Alabama National Guard on January 21, 1922 and operated from rudimentary facilities at Roberts Field. A year later, the designation was changed to the 114th Observation Squadron, then again in 1924 to the 106th Observation Squadron. These groups were responsible for aerial mapping and surveying for Federal infrastructure projects, and also operated the first government air mail routes in Alabama.

In 1938 the outfit moved to new Federally-constructed headquarters at Birmingham Municipal Airport, with a hanger built to accommodate their thirteen North American O-47 aircraft. On November 25, 1940 the 106th was called to active duty at Fort Sumpter Smith and participated in maneuvers in Louisiana and South Carolina. With some personnel reassigned to the 65th and 69th Observation Groups, the remainder of the squadron was reassigned to the 66th Observation Group on September 1, 1941.

Immediately following the Japanese attack on Pearl Harbor, the unit went on active submarine patrol in the waters near Miami, Florida. A variety of state-side assignments at a number of Southern bases followed. During one such assignment at Camp Campbell, Kentucky the unit was redesignated as the 106th Reconaissance Squadron (Bomb) and reassigned to the 76th Reconaissance Group. They were assigned to Camp Stoneman, California and equipped with long-range B-25s. Overseas assignments included the northern Solomons, Southern Phillipines, the Bismarck Archipelago and New Guinea. The unit was assigned to the 13th Air Force and redesignated the 100th Bombardment Squadron (Medium). The 100th served admirably in wartime and was granted a Presidential Unit Citation for outstanding performance. The unit was released from active duty on December 11, 1945, returning to Fort Sumpter Smith on reserve status.