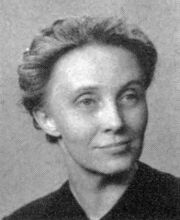 Praytor was the youngest daughter of Arthur Lee and Anna Linton Praytor. She graduated from Birmingham-Southern College and worked as a children's librarian for nine years. She taught Latin and English at West End High School, Phillips High School and Ramsay High School. As a teacher, Praytor was known for her expansive knowledge and wry humor. She affected to address a rubber tree in her classroom as if it were the reincarnation of her mother, asking it for advice when students tested her patience.

She and her sister, Virginia purchased Smith & Hardwick in 1954. They traveled widely to purchase books for the store and hosted literary events, including a Books and Authors Luncheon which was part of the city's annual Festival of Arts.

When Virginia died in 1974 Anna continued to operate the business, with no plans of retiring. Allen Shaffer joined as a store manager and partner.

Praytor was honored as "Altrusan of the year" by the Birmingham Altrusa Club in 1982. She died in 1989 and is buried at Elmwood Cemetery. She and her sister were inducted posthumously into the Alabama Women's Hall of Fame in 1991.