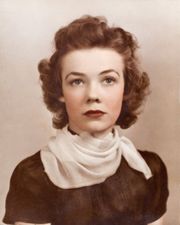 During World War II Carlton worked as a bookkeeper for a machine company. She married Carlton after his return from military service on September 5, 1944. When she and her husband opened their hamburger stand in Norwood in 1946 she kept the books and dealt with vendors while also working the window while Milo cooked orders in back.

Carlton was widowed in 1995. She maintained a role as "taste tester" for her family's Milo's Tea Company and was an active member of Cahaba Heights United Methodist Church.

Carlton died in 2015 at the age of 92. She was survived by her two sons Mike and Ronnie, four granddaughters and seven great-grandchildren. She is buried at Southern Heritage Cemetery in Pelham.