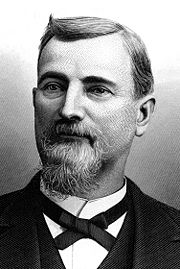 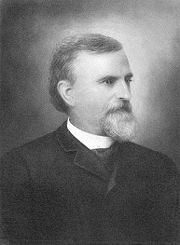 Roden was the son of William and Viola Roden, grandson of John B. Roden and great-grandson of Revolutionary War orderly sergeant Jeremiah Roden. He grew up on his family's farm until 1861, when he volunteered with the 27th Alabama Infantry for service to Polk's Army in the Civil War. He was wounded by a musket ball to the knee at the Battle of Shiloh in April 1862 and was assigned to the quartermaster corps before becoming a surgeon's assistant.

After the war, Roden continued his schooling at McKenzie College in Clarksville, Texas and spent some time as a teacher among the Choctaw people. After repaying money he had borrowed from the founder of his college he entered the grocery and timber business in Gadsden, trading as Latham & Roden.

At the invitation of James Powell, Roden moved to Birmingham in 1871 and became one of its busiest entrepreneurs. He operated the St Elmo Saloon on 20th Street in the early 1870s, expanded his B. F. Roden Grocery Company into a wholesale distributor, founded the Avondale Land Company, helped found the Birmingham Street Railway Company and the Bimingham Chain Works, and served as a director for the Birmingham Gas and Electric Light Company, the Birmingham National Bank, and the Alabama National Bank. He served as president of the Central Coal Company and the Birmingham Insurance Company and also financed the construction of the Roden Block in the 1880s and the never-completed Roden Hotel in the 1900s. His brother, John B. Roden, operated a book store in Birmingham.

Roden also served in the first Birmingham Board of Aldermen and was responsible for the construction of the city's first streetcar system. He married Ella Lee Didlake of Perry County in 1872 and they had five children, Viola, Florence, Lillian, Benjamin Jr and Maibelle.

Roden died in 1908 and is buried at Elmwood Cemetery.