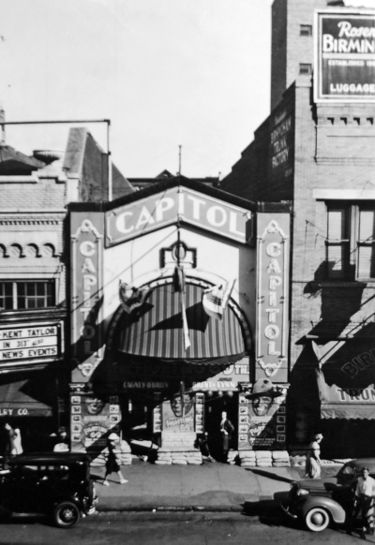 The Capitol Theatre was a motion picture theater located in the building which formerly housed the Alcazar Theatre at 1911 2nd Avenue North.

Marvin Wise purchased the Alcazar and transformed it into the Capitol Theatre in 1923. Under his ownership, and the management of N. L. Royster, the second-run programs were changed on Mondays, Wednesdays and Fridays with evening tickets sold at 20 cents and half-price matinees. The theater was equipped with a "Capitol Reproduco" player pipe organ, played by Philippe Rowell.

In December 1948 the name of the theater was changed to the Newmar Theatre, which later relocated into the larger Strand Theatre next door.